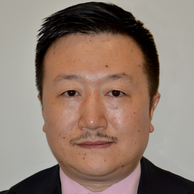 In 2015, when the Shanghai Stock Exchange Composite Index jumped from less than 3,000 points in March to more than 5,000 points in June, the Chinese official press argued that the soaring bull market was supported by the so-called ‘reform bonus’, ‘policy bonus’, benefits released from accumulated institutional changes, new leadership, and the emergence of new industries based on the technological revolution in China.

However, the sudden crash of the Shanghai Composite back to less than 3,000 points in August proved that it was not a ‘normal’ burst of bubbles of emerging technologies and industries, but simply and purely a financial manipulation making use of investors’ wishful thinking.

After accusing foreign banks of hostile speculation in the market, the Chinese government finally admitted that within its own system, there existed some insider ‘evils’ and financial giant ‘crocodiles’. In 2016, some millionaires, the Chairman of the China Assurance Supervision Committee and the Assistant to the Chairman of the China Banking Supervision Committee, were arrested. The Chairman of the China Securities Supervision Committee stepped down as well. An immediate financial crisis was avoided, or more precisely, was forbidden by the Chinese government, but the 2015 summer financial disturbance signaled the beginning of a more profound crisis in the Chinese economy – a structural problem of the growth model - and will endure in the long term.

In economics, structural crisis is different from cyclical crisis. The latter can be very perturbing since it always starts from financial markets, and is often due to investment cycles, credit cycles, technological cycles, or other cyclical factors that influence the fluctuation of an economy. A structural crisis, more chronic than a cyclical crisis, is due to problems of the whole growth model, especially its fundamental regime of accumulation which is the way production, circulation, distribution, and the expansion of capital is organized to stabilize the economy over time.

Structural crises happen when the accumulation regime is no longer effective when facing a long-term diminishing return on capital, whereby economic growth loses its momentum. In China in 2015, some financial capital was involved in speculation in the name of innovation. The economy was suffering from a severe decoupling between financial capital and production capital, while carrying a high risk of being trapped into a financial-dominant accumulation regime at home while being a price taker on international markets – with a less marked burden though on the latter element. This risk then materialized into the debt crisis of Evergrande, the biggest real estate company in China (Figure 1). 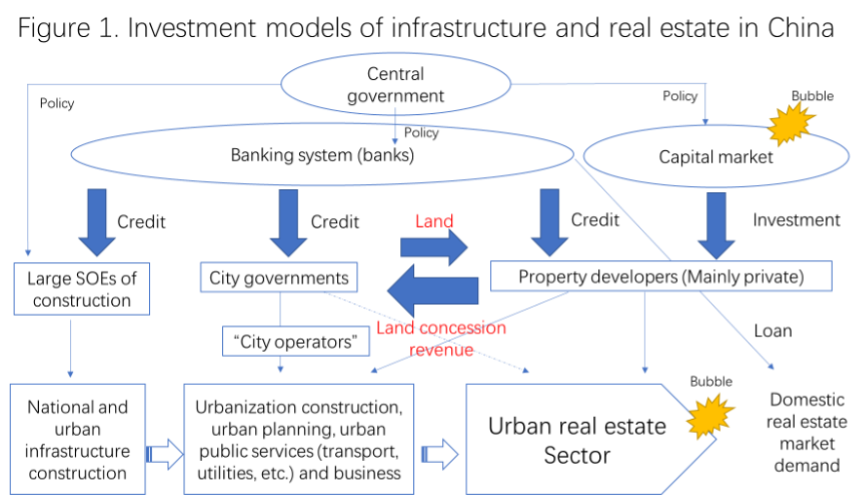 China’s policy should be understood as a mixture of short-term and long-term responses to a slowing-down of growth; the ‘new normal state’ in Chinese official terms.

The 2008 financial crisis forced the Chinese central government to create a set of multiple goals: it promised to keep on a high growth track in the short run, while at the same time it wanted to restructure the economy in the long run; it saw the big potential of the domestic market, but could not abandon the export-led engine for growth; it wanted to transform the economy into more service-focused sectors, but meanwhile it had to upgrade manufacturing firms with new technologies.

Among all these goals, keeping the growth miracle from suffering a hard landing in the short term became the priority, and fiscal and monetary policies were the main tools. The result was that macro policies were almost all targeting the short-term problems created by its growth model, especially the crisis brought about by property and financial bubbles, termed ‘systemic financial risks’ by Chinese leaders. Besides the standard policy instruments such as quantitative easing and fiscal stimulation to save the economy from the edge of peril, various macroeconomic approaches were implemented.

The first approach was labelled ‘economic rebalancing’, concentrating on the demand side, before the focus was later turned to the supply side. The policy of supply-side structural reform after 2014 has been short-term adjustments to absorb the consequences created by previous expansionary fiscal and monetary policies. The Belt and Road Initiative since 2013 is an attempt to domestically recouple backwards to coastal provinces, trade, and investment to economic diversification, and to repeat China’s growth model in other developing countries.

While there are dozens of short-term problems to fix, China’s policymakers are also aware of the need to shift to a new growth model in the long run. China’s national innovation-driven development strategy was integrated and upgraded from more operational ministry-level plans such as the Mid- and Long-term Science and Technology Development Plan. In 2015, China detailed its industrial master plan, ‘Made in China 2025’.

From 2020, in predicting the de-globalization trend, China announced the ‘dual circulation strategy’ by emphasizing again domestic consumption and investment. At the same time, a series of regulations were implemented over various sectors, such as FinTech, shared mobility, social network commerce, EduTech, P2P lending, and real estate, etc. to give government a tighter control of macro supply stability. But despite all this, China’s growth future in a post-Covid pandemic era, will heavily depend on whether its policy can generate a new growth model which innovates its manufacturing economy that has been built over the last 40 years.