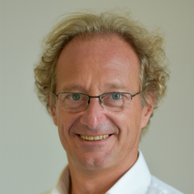 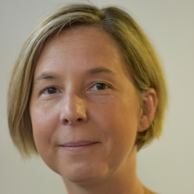 The financial crisis of 2007 and the massive recourse to public money to save banks and their clients from failure proved, if it were still necessary, that a bank is not a company like any other. Another feature of banks is that they are, by definition, connected to each other through central banks and through the interbank market in which they provide each other with loans, assets, or risk transfer instruments.

The risk related to the interconnectedness between banks

In 2011, new so-called prudential rules were put into place to reinforce the financial structure of banks. In short, prudential rules required banks to have higher capital reserves than before. At the same time, a list of Systemically Important Banks and Financial Institutions (SIBs and SIFSIs) was drawn up, for which capital requirements were further tightened in order to limit the risk of financial distress and contagion to the entire financial banking system.  Imposing a precautionary reserve does not however solve all the risks. In particular, it does not address the risk related to the interconnectedness among banks: the problem is the level of interdependence in a borderless financial world where risks are increasingly transferred through complex products booked in subsidiaries located in other countries that do not necessarily impose a very high degree of transparency.

Banks are not the only ones facing this issue. Insurers have, over time, become major players in finance and a source of funding for the economy. In Europe, they manage collectively more than 10,000 billion euros, or 60% of the European Union's GDP. In a context of negative interest rates, insurers are under pressure to seek positive financial performance by adopting the same behaviour as investment banks, by investing more and more in risky derivatives indexed on equity or commodity markets. In addition, to guarantee a minimum performance for life insurance beneficiaries, insurers hedge a large portion of their risks, and this hedging causes insurers to shift their asset allocation towards illiquid assets, adding risk in the event of a correlated shock, where collective fire-sales of illiquid assets can occur. In a double-hit scenario involving sustained low-interest rates compounded by a sudden decline in asset prices, an insurer may be forced to sell its assets in an attempt to regain financial health. In doing so, it would impose externalities on other (re)insurers and banks holding similar assets, with a risk of massive failure should the level of interconnectedness lead to contagion.

Understanding a bank or an insurer’s position in the system and its exposure to other banks and insurers is essential for regulators to anticipate and take appropriate action so that the collapse of one actor does not drag down the entire system. To do this, an entirely new approach needs to be designed; an approach that requires both the creation of indicators to measure and characterise the position of an actor in its system, and indicators to measure its dependence and vulnerability in its system. This empirical science is referred to as network analysis.

The lack of operational tools for measuring and analysing financial networks have led Pr Miia Chabot to the development of R and Python codes to map banking networks, measure their topologies, and identify weaknesses in these networks.

These techniques, never taught before, have been integrated into courses and offer students the opportunity to better understand the complexity of the banking system and its risks.  Different methodologies were disseminated to ESSCA students in the Bloomberg trading room, in the form of empirical work and case studies, thus constituting a pedagogical innovation within the graduate courses dedicated to Banking and Finance[1]. These innovative pedagogical methods were presented twice by Pr Miia Chabot at the ‘Bloomberg for Education’ seminars in Paris. The purpose of these two speeches was to illustrate how the Bloomberg trading room tools can be leveraged in combination with data analytics and coding applications.

These educational experiences have enabled Miia Chabot and Jean-Louis Bertrand to design a Learning Expedition, thereby opening up new development perspectives for students. It has been an opportunity for students to ‘learn by doing’, using professional data and analytical tools, and to share their experience in the heart of the City of London with alumni as well as with banking and institutional partners.

These investments are also reflected in several publications in leading academic journals. Today, Miia Chabot and Jean-Louis Bertrand are focusing on applying these innovative tools and methods to explore the impact of climate risk on financial stability.